Successful Women Entrepreneurs Who Made Their Mark In India 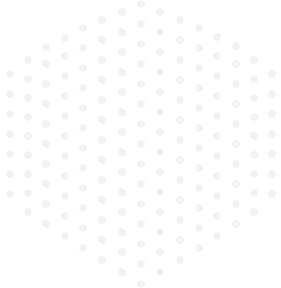 
The term entrepreneurship was always associated with men, but in the past two decades, women have changed this drastically. Today, we are in a world where women wear many hats and are succeeding in every role they play, including but not limited to, women leadership and women entrepreneurship roles. Women in business are also empowering other women to take the plunge and live their dream. If you are looking for inspiration, motivation, empowerment from women, you have landed on the right page. We, SOCH Group, have compiled a list of successful women entrepreneurs who have made a mark in their industry and are acing in their women leadership roles.

Falguni Nayar, a former investment banker, and now a successful women entrepreneur, is the brain behind one of India’s top e-commerce companies, Nykaa. Nayar saw a gap in India and a market that was waiting to be tapped in, and she built her idea by investing in marketing and technology. Nykaa, launched in 2012, offers more than 2,500 brands of cosmetics and beauty products. Nayar has also added international brands exclusive to Nykaa. But she did not stop there, because who said beauty is just for women! She soon expanded and launched two more verticals Nykaa Man and Nykaa Fashion. Nayar has proved that with a clear vision backed with a strong strategy, women entrepreneurs can be more than just successful. She has received the “Women Ahead Award” at the Economic Times, “Most Powerful Business Award” at Business Today.

Kiran Mazumdar Shaw founded the biopharmaceutical firm in 1978 and is the first generation entrepreneur. Shaw is known as the country’s wealthiest self-made women entrepreneur according to Hurun Global Rich List 2021. The firm has also entered the US market. Her passion is changing lives for the better around the world. She has been recognised as the World’s 16 Most Powerful Women in Leadership in 2021 by CEO Magazine, Order of Australia (2020), EY World Entrepreneur of the Year 2019 & 2020, ICMR’s Lifetime Achievement Award for Outstanding Achievement in Healthcare (2019), AWSM Award for Excellence (2017), Knight of the National Order of the French Legion of Honour (2016), Othmer Gold Medal (2014), Global Economy Prize for Business (2014), Padma Bhushan (2005), and Padma Shri (1989).

Aditi Gupta became a sensation in today’s world as she decided to break the myths about menstruation with her comic ‘Mestrupedia’ which later became a full-fledged online platform. In her early days, she dealt with a lack of awareness about menstruation and the taboos around it. With her website and book, she educates her readers about menstruation, hygiene, breaks myths about periods and wants young girls to talk freely about it and not whisper. Her comic is translated into 15 languages with a worldwide reach and has been incorporated into the study program in many schools in India. Menstrupedia has also partnered with Whisper India and launched a successful campaign “Touch The Pickle”. She was also listed on Forbes India 30 Under 30. Gupta is truly an inspiration to many women across the globe.

Manisha Raisinghani is the founder and CTO of LogiNext, one of the leading SaaS companies committed to logistics optimisation. Not many women are in the logistics business and specifically in the tech world. But this intersection excites Raisinghani a lot. During her university days, Raisinghani was instantly inspired by two women entrepreneurs- Ginni Rometty and Shreyl Sandberg, and today, she is setting an example for other aspiring women entrepreneurs. She hopes that many women members of her organisation become leaders of tomorrow. If you are a techie, Manisha Raisinghani’s story will inspire you to take the step towards an entrepreneurial journey.

Anisha Singh is the Founder of one of India’s largest marketing platforms in India. She was one of the few Indians who made her mark in the tech space which was then a male-dominated industry. She spoke to MakeMyTrip about her idea as that was the only internet travel model that had taken off in India. She knew that the coupon business is something Indians will resonate with. MyDala also has its presence in the UAE. She has been recognised as an “Outstanding Young Entrepreneur” and awarded by Zee TV, “E-commerce Entrepreneur of the Year” in 2016 by the e-INC, “50 Most Influential” under the business category in Women in Asia, “Top 100 Global Diversity Leaders” in 2019. She is also the founding partner at She Capital that funds women-led businesses. She is a successful women entrepreneur who also believes in women equality in the workplace.

How could we not talk about the woman who inspires us on an everyday basis - our very own Co-founder, Purvi Pugalia! She is also the founder of our homegrown brand Munchilicious. What started off as creating a healthy snacking option for family members, led to the discovery that there aren’t many healthy snacking options available. Thus Munchilicious was born and it was the foundation of SOCH Group. Being a graphologist and a literature graduate, she has always been a creative soul with a knack for experimenting with recipes. And she will always be the heart of the brand. Today, they have scaled their business across the country via numerous online and offline marketplaces. They also have added two more brands under SOCH Group - Beyond Ideas & This Or That. She is also the founder of a charitable trust for the underprivileged called VASTRA, which is very close to her heart.

If you are inspired by this article, please do share it on your social media. For the latest updates about SOCH Group and SOCH brands, you can follow us on our social media.

Munchilicious This Or That The Rooted Co Not So Pink